It is not only immoral to deport people to countries where they will be violently persecuted. It’s illegal.

Rahim Mohamed’s daughter was born in October, but the 32-year old father, who has been detained in immigration custody since April, has not seen or held her. If Immigration and Customs Enforcement has its way, he won’t get that chance. Instead, he will be summarily deported to Somalia, despite the fact that Rahim fears persecution by Al-Shabaab, the Somali-based affiliate of Al-Qaeda, and would be leaving behind his U.S. citizen wife, toddler son, and infant daughter.

Rahim is one of 92 Somali nationals, currently locked up in Florida, who ICE is rushing to deport before they have a chance to ask to reopen their immigration cases so that a judge can consider the danger to their lives. The Somalis have filed a lawsuit against ICE to stop their immediate deportations. In addition to the ACLU, they are represented by the Immigration Clinic at the University of Miami School of Law, Americans for Immigrant Justice, the James H. Binger Center for New Americans at the University of Minnesota Law School, the Legal Aid Service of Broward County, and The Advocates for Human Rights.

On Tuesday, we appeared in federal court to argue that these men and women must receive a full and fair opportunity to reopen their cases before an immigration judge in keeping with due process and habeas corpus rights. It is against U.S. law to deport anyone to a country where they are likely to be persecuted or tortured. Immigration law also permits the reopening of removal orders based on changed circumstances.

However, ICE seems intent on ignoring both of these facts.

It’s a disturbing pattern that’s quickly becoming a calling card of the Trump administration: targeting communities that were previously low-priorities for immigration enforcement and attempting to force them out of the country as hastily as possible, no matter the danger that may await them. In 2017, the ACLU challenged this ICE bully tactic on behalf of a nationwide class of Iraqis and a community of Indonesians in New Hampshire, securing crucial time for our clients to reopen their cases.

For those detained, Somalia is a distant and frightening place. Many have spent years building lives in the United States and, like Rahim, are married to or are the parents of U.S. citizens. As a truck driver with his own small business, Rahim is the primary breadwinner for his family. His parents and his nine siblings are all U.S. citizens, and he does not have any close relatives left in Somalia.

Rahim currently has an immigration petition pending based on his marriage, and, as a victim of a shooting, he was found eligible to apply for a U-Visa, a type of visa for victims of crimes in the United States who have helped law enforcement in the investigation or prosecution of the criminal activity. Despite all this, ICE wants to deport him anyway

All of the 92 men and women fear returning to Somalia, citing concerns that their time in the United States will mark them as targets for violence. On October 14, 2017, Al-Shabaab killed more than 300 people in an attack in Mogadishu. Just two weeks later, a second attack killed 23 more people.

What’s more, many of the Somali men and women are still recovering from abuse at the hands of ICE during their first botched deportation attempt. On December 7, the group was put on an airplane bound to Somalia, which was ultimately turned around following a more than 20-hour layover in Dakar, Senegal. The Somalis reported being shackled and beaten by ICE agents and forced to stay seated during the entire 48-hour episode. Rahim, who has diabetes, stated he was denied access to the restroom on the flight and shackled the entire time, leaving his legs severely swollen. Rahim recounted the humiliation and physical abuse on the plane, instances of ICE agents punching and choking men in front of him, as “inhumane, like we were slaves or something.”

“I had never felt so disrespected or like I wasn’t a person,” Rahim said. 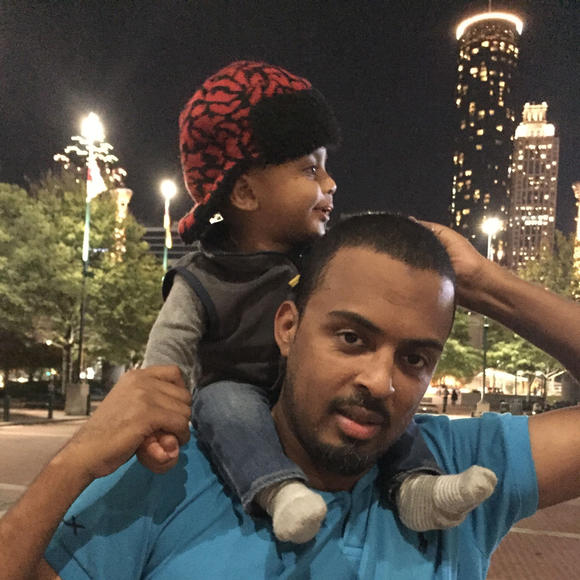 Following the ordeal, the Somalis were returned to immigration detention, many at Glades Detention Center where they have reported further abuse, including being denied medical care, the use of pepper spray and excessive use of force. Now, because of widespread media reports of the plane abuse, the Somalis fear that they will be all the more visible targets if deported. The U.S. State Department currently warns against travel to Somalia “because of widespread terrorist and criminal activity.”

It’s clear that the federal government knows the danger that awaits these men and women if deported. It’s disturbing that ICE does not care; but fortunately, the agency is not above the law. As of this week, the judge has stayed any deportations until he rules on January 22, giving Rahim and 91 other Somali nationals hope that the country they know as home won’t deport them into danger.