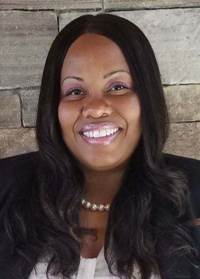 1. If elected or re-elected to the city council, will you propose programs and/or initiatives to limit the number of arrests for minor offenses in the city?

There needs to be solid consequences for criminal acts and offenses. However, the city and courts do not need to be tied up with people who have been arrested for minor offenses. Memphis’s murder rate is one of the highest in the country and that needs to be addressed. There should be a program for people with minor offenses to automatically have to do community services, pay fines, counseling to be taught an alternative to their action, and clean up details in areas that have been neglected in the city.

2. If elected or re-elected to the city council, will you support a pre-booking diversion program for drug-related offenses and for those suffering from mental health issues?

I will support a pre-booking diversion program for all of those with drug related offenses. There has to be an even playing field. Some people have been jailed for drug related offenses, while others go free, which is not fair. If there is going to be a program, it should apply to everyone. Yes, I would support programs for those suffering from mental health issues. Mental health issues run high in the city and people need help.

3. If elected or re-elected to the city council, will you support a policy to require transparency and democratic accountability before city agencies acquire new surveillance tools?

4. If elected or re-elected to the city council will you work to make stop and arrest data, including race and ethnicity data, available to the public quarterly?

5. If elected or re-elected to the city council what will you do to ensure a timely, transparent and independent investigation whenever an officer uses deadly force?

The officer would be suspended without pay until the investigation is complete. If the body camera was off, that is automatic termination with no consideration of a rehire, and goes in their permanent file. If the alleged threat is not found to justify the actions of the officer, it will result in termination and criminal charges. If other officers are found guilty of covering for the officer in question, they will face the same criminal charges. Good officers should not have to work in fear because they will not cover for bad officers. The subject that has been murdered will not be automatically painted to be a criminal to the public to justify actions; however, facts will be released to the pubic about the subject and the officer’s history and background. Saying they were “in fear” will not automatically get the officer off, because they have been trained for such times. All evidence and support for any decision must be made public. Witness accounts will be taken seriously and made public. Findings of cause of death with autopsy reports will be public and must match statements given by the officer. Forensics will be done to the crime scene immediately. Investigations will not be repeatedly done by the same people, and if they omit evidence, they will face criminal charges. The names of all investigators and their findings will be made public. If there are things in the officers past like complaints of excessive force, links to hate groups, or other things of that nature, the officer will be charged with a hate crime. Officers who go to work to protect and serve and just want to make it home to their families at the end of the shift, without any ulterior motives or corruption will not have a problem with those measures because they will have nothing to hide.

6. Name 3 steps you would take as a council member to make the Community Law Enforcement Review Board (CLERB) more effective.

1. Make the CLERB diverse and reflective of the communities in Memphis, which would include younger people.

3. Their findings should carry more weight with the decision of the officer’s employment, not just reported to MPD.

7. Would you support policies, programs or initiatives to dismantle the school-to-prison pipeline?

I would support policies, programs, or initiatives to dismantle the school-to-prison pipeline. I’m a teacher and I see more money allocated to prisons than to education. It cost less to educate a child than to put them behind bars. Education is key and a preventative measure on the front end.

8. What does criminal justice reform mean to you?

It means not targeting people of color. Reform means people who do the same crimes, get the same punishment. It means looking at judges and their history to ensure they are handing out the same penalties for the same crimes, regardless of race, creed, sex, color, or income bracket. It also means criminal charges and jail time for those who falsely accuse others of crimes. Reform has to change laws on the books that have not been looked at, reviewed, or updated since they were put there. It also means making people pay fines for calls to 911, for racially motivated act to terrorize others.