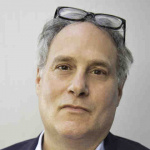 This year’s annual meeting will feature a conversation with Lee Gelernt, deputy director of the ACLU’s Immigrants’ Rights Project and lead attorney in the ACLU’s successful national class action lawsuit against the Trump administration to halt its unprecedented practice of separating immigrant families at the border.

On June 26, 2018, a federal court in San Diego issued an injunction holding the practice unconstitutional and requiring the administration to reunite the approximately 2,600 separated families. Since then, the Trump administration has separated an additional 911 families – including 13 infants. Most of these separations are cruel, unjustifiable, and excessive and the ACLU continues to fight to reunite separated families. Join us to learn the latest developments in this case. Hope to see you there.

During the past couple of years, Mr. Gelernt has also argued several groundbreaking challenges to Trump administration policies, and successfully argued the first case challenging the president’s travel ban on individuals from certain Muslim-majority nations, which resulted in a federal court in Brooklyn issuing a nationwide Saturday night injunction against the ban one day after the president enacted it and eight days after his inauguration.

Mr. Gelernt is also currently litigating a number of other nationally significant civil rights cases, including Rodriguez v. Swartz, which he argued in the Ninth Circuit Court of Appeals. The case involves the fatal cross-border shooting of a Mexican teenager in Mexico by a U.S. border patrol officer firing from U.S. soil through the border fence in Nogales, Arizona. The appeals court ruling in August 2018 in favor of the boy’s family was the first-ever federal court decision to hold that the Fourth Amendment applies extraterritorially.

Over his career, Mr. Gelernt has argued dozens of other notable civil rights cases at all levels of the federal court system, including in the U.S. Supreme Court and the Courts of Appeals for the First, Second, Third, Fourth, Fifth, Sixth, Eighth, Ninth, and Eleventh Circuits. He has also testified as an expert before the U.S. Senate. Mr. Gelernt has received numerous honors for his work over the years, and in 2017 was recognized by Lawdragon as one of the 500 leading lawyers in the country in any field. In addition to his work at the ACLU, Mr. Gelernt is adjunct professor at Columbia Law School, and for many years taught at Yale Law School as an adjunct.

He is a frequent guest speaker around the country, and regularly appears in the national and international media, including the New York Times, Washington Post, Wall Street Journal, USA Today, NPR, CNN, NBC, ABC, CBS, MSNBC, among many others.

Mr. Gelernt is a 1988 graduate of Columbia Law School, where he was a notes and comments editor of the Law Review. After graduation, Mr. Gelernt served as a law clerk to the late-Judge Frank M. Coffin of the First Circuit U.S. Court of Appeals.