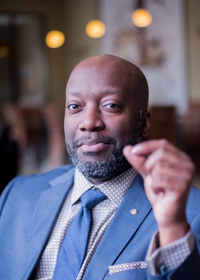 1. If elected or re-elected mayor of Memphis, will you propose programs and/or initiatives to limit the number of arrests for minor offenses in the city?

The massive number of nonviolent misdemeanor arrests clogs the court system and causes needless overcrowding at 201 Poplar. The bail system accentuates this problem by leaving alleged misdemeanor offenders in jail for days, weeks, and sometimes months simply because of the inability of family members to bail them out of jail. This can lead to job loss, increased poverty, and increased recidivism across the City. Our current nonviolent and property crime approach not only perverts justice, but in reality also drives up the financial cost of the entire justice system exponentially for City taxpayers. There are several things that need to be done: to provide public safety without police brutality, to streamline the criminal justice system, and standardize its fairness – all while lowering recidivism. Two new ideas include the creation of a restorative justice court for nonviolent offences to restore legitimate damages directly from violators to victims, keep accused citizens’ criminal records clean, maintaining their employability, thereby lowering recidivism in the jails; and either alleviation or capping of City bail amounts for nonviolent, low-financial-impact property crimes to help alleviate jail overcrowding and lower taxpayer jail and trial costs.

2. If elected or re-elected mayor of Memphis, will you recommend that your police director institute a pre-booking diversion program for drug-related offenses and for those suffering from mental health issues?

Placing those arrested who exhibit mental illness issues or signs of drug-induced behavior immediately within the general inmate population increases the risk of inmate violence, chaos, and even potential death. It also puts law enforcement staff at greater risk, and badly positions the City at a higher risk of more inmate lawsuits pertaining to overcrowding, civil rights violations, medical care provision for inmates, and the like. Segregating the mentally ill pre-booking allows them to be better assessed and evaluated in triage, and makes it possible to direct them to the specific services and designated special lockup facilities they need much faster. Pre-booking diversion programs also allow specially trained officers with expertise in these areas to more efficiently use their training. The program would also make streamlined assignment of inmates to the proper court much more likely, increasing justice and efficiency.

3. If elected or re-elected mayor of Memphis, will you adopt a policy to require transparency and democratic accountability before city agencies acquire new surveillance tools?

4. If elected or re-elected mayor of Memphis will you recommend that your police director make stop and arrest data, including race and ethnicity data, available to the public quarterly?

5. If elected or re-elected mayor of Memphis, what will you do to ensure a timely, transparent and independent investigation whenever an officer uses deadly force?

Getting police shooting investigations right will require some specific changes to our current Citizens Law Enforcement Review Board (CLERB) process to give it real teeth for ascertaining truth. First, CLERB must have full subpoena power, to ensure that all relevant witnesses appear and all evidence is accounted for during the hearing. Second, to ensure that all this data is properly collected and interpreted, an independent Inspector General should be hired to oversee the evidence-gathering process. Finally, CLERB verdicts must be taken seriously by the City. CLERB’s recommendations must be implemented consistently, free from political pressure or media bias, and enacted as a matter of City law in consultation with the City Attorney.

6. If elected or reelected mayor of Memphis, what metrics or criteria will you use to evaluate police performance?

Evaluating police performance is a complicated metric that must take into account the police management’s own critique, the public confidence in the force, the perceived cooperation and competence level of their performance by the Mayor’s office, and objective metrics like crime rate must be considered, including police initiatives to increase training and improve relationships with the people they serve.

7. Name 3 steps you would take as mayor to make the Community Law Enforcement Review Board (CLERB) more effective.

8. Would you create or grow programs or initiatives to dismantle the school-to-prison pipeline? .

9. What does criminal justice reform mean to you?

It starts with public safety without police brutality. It extends to reforming the bail bond
system, which makes socioeconomic class a driving determinant of criminal court outcomes. It continues with the elimination of needless incarceration for minor nonviolent offenses which could be better handled by a Restorative Justice Court, which would lower recidivism and keep people out of the streets and jails and send them back to legitimate work to provide for themselves and their families. It extends to the homeless, mentally ill, and substance-addicted, who need a helping hand to turn their lives around, a feat that benefits the quality of life for all our city’s citizens, as well as our improving our governmental bottom line financially.