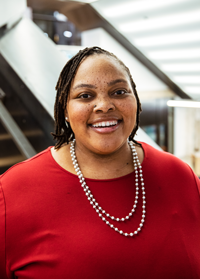 1. If elected or re-elected mayor of Memphis, will you propose programs and/or initiatives to limit the number of arrests for minor offenses in the city? YES/NO Please elaborate.

Absolutely. Many of my criminal justice reform priorities speak to this commitment, including:
1) Hiring a trauma-informed Memphis Police Director, with the people of Memphis’s input, who a) has a track-record of implementing community policing tactics, b) has experience using data to make staffing decisions, c) will publicly go on record and honor a commitment to not work with ICE, d) will instruct the MPD to not issue charges for low-level marijauna possession nor continue to serve as debt collectors in our communities by issuing tickets that only lead to suspended or revoked licenses, and e) can lead a culture change across the system so that it is just, compassionate, and people-focused.
2) Supporting a DA candidate who will refuse to prosecute low-level, nonviolent offenses and who will publish the unredacted reports for any officer-involved crimes.
3) Lobbying the state to reduce sentences for low-level, nonviolent offenses, including marijuana possession.

2. If elected or re-elected mayor of Memphis, will you recommend that your police director institute a pre-booking diversion program for drug-related offenses and for those suffering from mental health issues?

Yes– I am pro citation, rehab, and psychiatric care. As part of my criminal justice reform platform, I am committed to ensuring the Memphis Police Director will establish a use of force standard that emphasizes de-escalation and the use of force only when necessary and trains all officers in de-escalation, crisis intervention, adolescent development, and proper interactions with persons with mental and physical disabilities. I also plan to decriminalize mental health issues, drug addiction, and homelessness by investing in resources that target people who are directly impacted.

3. If elected or re-elected mayor of Memphis, will you adopt a policy to require transparency and democratic accountability before city agencies acquire new surveillance tools?

4. If elected or re-elected mayor of Memphis will you recommend that your police director make stop and arrest data, including race and ethnicity data, available to the public quarterly?

5. If elected or re-elected mayor of Memphis, what will you do to ensure a timely, transparent and independent investigation whenever an officer uses deadly force?

Our current administration has a history of pushing for “tough on crime laws” including mandatory sentencing and felony charge increases that puts even more power into the hands of the District Attorney. We have a District Attorney who insists on filling our prisons with low-level drug offenders, a move that costs taxpayers millions of dollars, and refuses to instead prosecute only violent crimes as so many DAs across the country are doing. She also refuses to hold law enforcement accountable for the shootings of Memphians.

As Shelby County Commissioner, I have led the effort to reform our County’s accountability systems for police-involved shootings, bringing in TBI and increasing transparency. And as Mayor, I am committed to supporting a DA who will, at minimum, publish the unredacted reports of officer involved shootings.

6. If elected or reelected mayor of Memphis, what metrics or criteria will you use to evaluate police performance?

We’d focus on holding a MPD director accountable to decreasing 911 response time, reducing violent crime and demonstrating a clear connection between volume of police officers and when they’re staffed in doing so, decreasing or eliminating the number of traffic stops and tickets focused on infractions that merely lead to a suspended or revoked driver’s license, reducing (with an aim to eliminate) officer involved shootings, reducing domestic violence related offenses through new investments in a deputy police director who focuses on this very thing, and meeting equity metrics we’d implement across every police action within the first 90 days of my administration.

7. Name 3 steps you would take as mayor to make the Community Law Enforcement Review Board (CLERB) more effective.
The current mayor has refused to demonstrate a clear priority for transparency and accountability through his lack of support for the Civilian Law Enforcement Review Board (CLERB). Instead, he leads a city administration that criminalized local activists with the creation of a black list designed to limit their access to city hall and illegally surveilled them on social media using false accounts.

As Memphis’s next Mayor, I think the most important first step that is required is naming that I am committed to supporting the efforts of the Citizens Law Enforcement Review Board (CLERB). Second, I will direct the MPD to be transparent and accessible in its work with CLERB. Finally, I will help CLERB succeed by appointing people to the body who are advocates for criminal justice reform and people’s rights.

8. Would you create or grow programs or initiatives to dismantle the school-to-prison pipeline? YES/NO Please elaborate.

As Mayor of Memphis, one of my top priorities will be ending the school to prison pipeline. I plan to do this by creating a city-wide competitive fund to support schools, classrooms, organizations, and programs that a) focus on new models of learning to prepare students for the 21st century economy, b) end the school-to-prison pipeline through reimagining resource allocation, discipline structures, and curricula in schools, c) improve literacy rates with both children before they enter school and with adults later in life, d) improve effective teacher retention rates and expand representation for special student populations such as Black men and Spanish speakers, and e) expand mentorship and apprenticeship programs for students 14+.

Additionally, there are opportunities to attack this pipeline by addressing factors like homelessness through appointing a queer-identifying LGBTQ+ liaison and supporting the growth of OUTMemphis’s Metamorphosis Project, which works to end homelessness and trauma for LGBTQ+ youth, and working with any current homeless shelters and ensuring any future ones have policies that do not separate children from their mothers based on gender identification in any way.

9.  What does criminal justice reform mean to you?

Criminal justice reform is one of the major bedrocks on which my campaign stands. Criminal justice reform means investing in our people and youth first. When people have good paying jobs, opportunities to invest in themselves and their dreams, and people & government around them that cheer them on, they don’t turn to crime. When crime happens, we must have a system that supports both the victim of that crime and works with the person accused of that crime for rehabilitation and reentry into our communities.

If nothing changes in Memphis, our city’s Black and Brown citizens will continue to be locked up at disproportionate rates and will fill privatized prisons. Tennessee is home to the largest private prison company in the country. Our criminal justice systems will continue to ensure these prisons and others are filled with our neighbors, our parents, children, and friends. We will continue to resist using proven tactics to police smarter, safer, and more humanely. We will continue to see mass deportation raids in our immigrant community. Our crime rate will continue to plague our communities and citizens, and we will continue to wage an ineffective, but deadly, war on them. We can’t wait to change this reality, and fast.

My track record as Shelby County Commissioner speaks to my commitment to criminal justice reform. I currently chair the Commission’s Law Enforcement, Corrections & Court Committee and have led the effort to eliminate all fees for incarcerated youth to make calls and communicate with their families. I also have led the effort to reform our County’s accountability systems for police-involved shootings, bringing in TBI and increasing transparency. I’ve pushed for reform and continued oversight of our troubled juvenile justice system after the untimely removal of federal oversight by the Trump administration. And, I’ve focused on trauma-informed advocacy and supports for our incarcerated youth. As a community advocate I’ve been outspoken in my support of victims of police violence, for community-based policing models, and for accountability, including for a Civilian Law Enforcement Review Board with real teeth in holding law enforcement accountable.