In September, the board of supervisors in Dane County, Wisconsin, passed a resolution to protect immigrants from the Trump administration’s mass deportation agenda.

The board, which represents the half a million people who live in Dane County, endorsed the ACLU’s Freedom Cities campaign and its nine model policies, which shield immigrants from discrimination, unjust government targeting, and attacks on their privacy.

This didn’t just happen on its own. The victory was the culmination of months of persistent activism from the local People Power group that I have been involved with since March. And this is just the beginning of our work.

I got involved in People Power earlier this year, and as a new activist, I was excited that the ACLU created a concrete blueprint that gave us clear, step-by-step guidance on how to advocate for the Freedom Cities agenda. 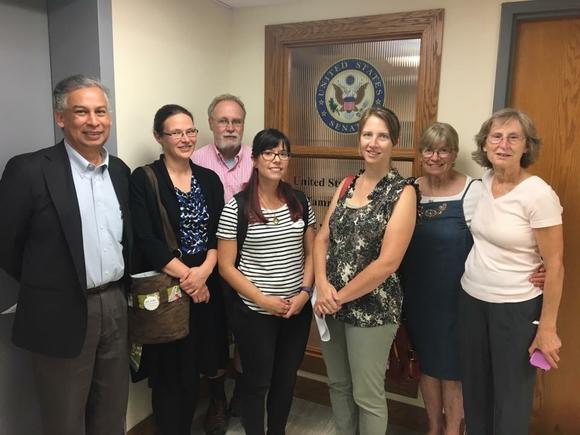 With the ACLU’s support, we began organizing in our communities, holding monthly People Power meetings and regular talks with local law enforcement and elected officials, and reaching out to local partners and allies.

As part of our immigrant rights work, we spoke with six different law enforcement agencies and built personal relationships with the sheriff and key members of the county board who have experience working on immigration-related legislation.

Before these meetings, some officials were under the wrong impression that they had to work with ICE, but we were able to turn many of them into allies, urging them to take steps to make sure that immigrants don’t get ensnared in Trump’s deportation machine.

These meetings also helped us learn about the right actions to take to shepherd our resolution through the legislative process.

Now that the board has passed the Freedom Cities resolution, we have a new tool to hold our local law enforcement agencies accountable to make sure that they aren’t complying with unconstitutional policies and the anti-immigrant agenda coming out of the Trump administration.

Join a People Power Event Near You

Sometimes it is hard to know the best way to go about making an impact where you live, but the Freedom Cities guide was an excellent on-ramp to activism, providing us with straightforward guidelines on exactly how to go about our advocacy work. We have continued to work on immigration issues with the county sheriff’s office and have also started lobbying our representatives in Congress to support the Dream Act.

We also know that we must support other organizations doing critical work in Wisconsin. Our People Power group is working with a local interfaith partnership and has helped raise money to allow Voces de la Frontera, a Wisconsin-based immigrant rights group, to hire a community organizer in Madison. It is with these groups and others that we are fighting back against a new attempt in the state legislature to punish local municipalities which limit their cooperation with ICE.

As we continue to advocate for immigrant rights and start our Let People Vote initiative, People Power members in Dane County are excited to continue the fight to make sure the Constitution works for everyone.