New restrictions are an entirely unnecessary attack on the most vulnerable.

“But darling, all of America is waiting for you!”

These words from a stranger comforted my grandmother, Chawa Guterman, when her boat first reached the United States in 1950. A 17-year-old Jew in Poland when World War II began, she had lost everything but her life at the hands of the Nazis. They sent her to a work camp away from the rest of her family, where she was worked to the bone, barely fed.

After liberation, she was alone — her parents and her six siblings had all perished in the Holocaust. She lived in a displaced persons camp in Landsberg, Germany, where she met and married my grandfather. Together they immigrated to the United States with the support of a U.S. based resettlement organization. When their boat first reached the U.S. shore, my grandmother took in the scene around her. People filed off the boat, charging into the extended arms of loved ones, waving hellos, and exchanging hugs and kisses. 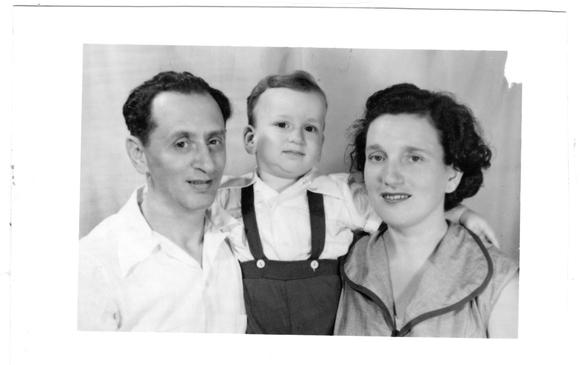 She started to cry.

A woman nearby approached her. “Why are you crying?” she asked.

“All these people have someone waiting for them. No one is waiting for me,” she said in Yiddish.

That’s when the woman replied, with the line that has been passed down from my grandmother to my father and from my father to me: “But darling, all of America is waiting for you!”

Today that sentiment is all the more striking, particularly when the Trump administration is doing everything in its power to undermine America’s commitment to refugees.

After ordering a Muslim ban not once, but three times, the Trump administration added insult to injury, cutting down the number of refugees allowed in this fiscal year to 45,000. That’s less than half of the previous year’s limit. Last week, the administration dealt another blow to refugees, releasing new restrictions on citizens of 11 countries that will severely burden the resettlement process by causing egregious delays and denials.

This is not the first time the United States has tried to prevent refugees in need from crossing its borders out of misplaced fear or hate. In 1939, the United States refused to allow the 937 passengers, almost all Jewish refugees, aboard the St. Louis to disembark in the United States. Two-hundred-and-fifty-four passengers were subsequently murdered in the Holocaust.

Refugees have been through ordeals impossible for most of us to imagine. My grandmother was a teenager when she had to face the horrors of the Holocaust. Right now, the United Nations estimates that there are 22.5 million refugees under its mandate worldwide, more than half of whom are under 18. Of the people in need of resettlement, less than one percent are even resettled, and the United States takes only a portion of these as one of more than 30 countries to accept refugees.

But her experiences also serve as a reminder to do all we can to help others who may not be so lucky. As HIAS President and CEO Mark Hetfield wrote when we sued over the Muslim ban, “We cannot remain silent as Muslim refugees are turned away just for being Muslim, just as we could not stand idly by when the U.S. turned away Jewish refugees fleeing Europe during the 1930s and 40s.”

The ACLU will continue to fight any attempt to turn away refugees on baseless claims of national security and xenophobic rhetoric.